The program of the 4th International Women Filmmakers Festival Turkey has been announced. The festival is organized by the Women Filmmakers Association and is directed by a woman director Gülten Taranç on three different dates this year. Within the scope of the festival, to which 150 films from 30 countries have applied, 45 national and 40 foreign productions will meet with the audience. Of the 95 films in the festival, 39 films will be opened to the audience for the first time and will make their world premiere.

Miss Filiz Süzen, a COD student has designed all the visual communication material of the festival. Her works will appear both on national and international press.

Competitions and Award Ceremony
Festival finalists of national official selection and the Balkans official selection can be viewed online from Turkey between 26th April and 5th May as well as the special selection of 20 films from Turkey and the official international selection. The National festival jury is Dr Dilaver Bayindir, director Jale Incekol, director Sevinc Baloglu, director Aysim Turkmen and cinema writer Banu Bozdemir. Balkan finalists will be evaluated by a jury consisting of Short Film Coordinator of the Festival Associate Prof Ragip Taranc, International Coordinators Dr Zeynep Merve Uygun and Dr Ebru Beyazit and the Balkans Representative of festival Nana Popović. The award ceremony will be held between 25-30 June in Seferihisar/Turkey. The festival will carry out such a wide screening schedule and a wide range of events with this year’s theme of “super heroism” and the slogan of “#largerthanlife!”.

For all news and events, you can follow the festival’s social media accounts and web site at 4th International Women Filmmakers Festival Turkey. 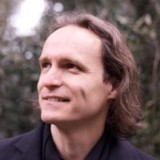